Recently, DuckDuckGo, a search engine dedicated to user privacy, announced via Twitter that the site met one of the main goals of search engines: an abundance of traffic. DuckDuckGo is reportedly breaking a daily average of 30 million queries per. The site claims to have taken over seven years to reach even 10 million searches in one day. It apparently took another two years to reach 20 million searches. Finally, less than a year later, it is now at 30 million searches per day, achieving up to 50% growth in a relatively short length of time. According to publically published traffic charts online, the search engine’s growth continues to increase, nevertheless. 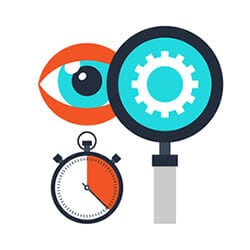 DuckDuckGo founder, Gabriel Weinberg has said, “we’ve been growing by approximately 50% a year pretty consistently, so at a macro level, it isn’t too surprising, just the numbers are getting bigger! That said, it has been even increased on top of that this year, especially in the past two months.”

This particular search engine is known to offer a private alternative to search engines, like Google and Bing, that collect and analyze behavioral data from sometimes unsuspecting users. This data is funneled into ad targeting, which appears within and outside of those engines’ initial services. In comparison to the billions upon billions of traffic Google experiences every single day, the volume of DuckDuckGo’s user base growth is but a drop in the ocean. People are becoming aware of data breaches and privacy regulations in the United States, therefore The Cambridge Analytica Scandal, the Eu’s General Data Protection Regulation (GDPR) has begun to garner attention from the masses. If this trend continues, Google and Bing might see a shift in projected traffic. Atlanta SEO consultants agree that search engines, like DuckDuckGo, which respect user privacy, are heralding in a new age of private internet searching.

Congratulations are due to Gabriel Weinberg and DucDuckGo for reaching their goals. Although 30 million queries per day aren’t much to juggernauts like Google, the fact that a relatively obscure search engine can gain such traction is inspiring. As appreciation for the privacy and anonymity expected on the internet increases, perhaps DuckDuckGo’s traffic will double, if not triple, over the year to come.

2019 Ecommerce Expectations
Google Shopping and PPC: How to Succeed