FTC May Hold Companies Liable For Untruthful Statements Made By Bloggers

FTC may hold companies liable for the statements they make about products. This comes about as a result of the undeniable impact that blog and other forms of social media have had on advertising. With the constant mention of Twitter an Tweeting in traditional media it was only a matter of time before regulation of the medium with regards to advertising reared it’s ugly head.

Advertisers in the US are bracing themselves for regulatory changes that they fear will curtail their efforts to tap into the fast-growing online social media phenomenon.

Revised guidelines on endorsements and testimonials by the Federal Trade Commission, now under review and expected to be adopted, would hold companies liable for untruthful statements made by bloggers and users of social networking sites who receive samples of their products.

The guidelines would also hold bloggers liable for the statements they make about products.

If a blogger received a free sample of skin lotion and then incorrectly claimed the product cured eczema, the FTC could sue the company for making false or unsubstantiated statements. The blogger could be sued for making false representations. 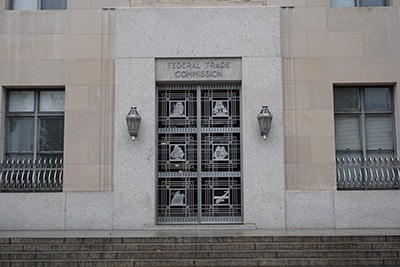 This impacts every industry and almost every single brand in our economy, and that trickles down into social media,? said Anthony DiResta, an attorney representing several advertising associations.

Advertisers have significantly increased spending on social media campaigns, even during the recession. Through blogs and services such as Facebook and Twitter, companies are able to communicate more directly with consumers. Spending on social media marketing reached $1.35bn in 2007 and is expected to reach $3.7bn by 2011, according to the Word of Mouth Marketing Association.

The advertising industry has argued that the revised regulations are too stringent and would stifle innovation in the emerging field of social media. It remains in favour of self-regulation.

Richard O’Brien, vice-president of the American Association of Advertising Agencies, said it was premature to regulate blogs or other forms of new media.

He wrote to the FTC that regulating these developing media too soon may have a chilling effect on blogs and other forms of viral marketing, as bloggers and other viral marketers will be discouraged from publishing content for fear of being held liable for any potentially misleading claim? That FTC may hold companies liable for the statements they make is an unwelcome development. At least for internet professionals.

The FTC is revising the guidelines for the first time since 1980, in response to the new forms of advertising spawned by the internet.

The guides needed to be updated to address not only the changes in technology, but also the consequences of new marketing practices,? said Richard Cleland, assistant director for the FTC?s division of advertising practices? Word-of-mouth marketing is not exempt from the laws of truthful advertising?

The main target of the new guidelines appears to be the widespread practice of viral marketing in which companies recruit non- employees to talk up products in exchange for samples or promotions.

Companies regularly offer free samples and concert tickets to bloggers and journalists, in the hope of generating press. However, determining which bloggers are acting as an agent of a company may prove difficult.

As co-founder, Jim brings his vast creative design skills and project management abilities to the firm. Creating beautiful AND functional web solutions for every client is Jim’s #1 Priority. He manages the creative and development teams and oversees support services to ensure total client satisfaction.