Updating your site on a regular basis keeps content fresh and brings visitors back, but did you know that changes you make aren’t immediately reflected in Google search results? John Mueller from Google says that it can take months for search ranking algorithms to process significant changes on your site. If you made changes around the time, Google updated the algorithm, your increase or decrease in site traffic might not have anything to do with your recent changes. 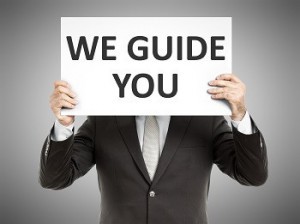 The topic became an interest at the Google Webmaster Central office-hours hangout because owners of two sites expressed their concern. One of the owners mentioned that an algorithm update in March boosted traffic, while a dip in traffic was apparent with the April algorithm update. Another owner voiced that he, too, experienced changes in traffic. This owner rolled out a new update for their site in the middle of March. The site experienced an increase in traffic, but overall traffic decreased by more than half and the site has yet to recover from the drastic drop.

These individuals asked Mueller if metrics will improve once a site updates, if traffic drops are directly related to how the site was previously, or if a site experiences a negative impact due to an algorithm update. Mueller expressed that changes to where a site appears on Google aren’t tied to a recent site adjustment, even if the algorithm updates around the same time. It takes months for Google to recrawl, reindex, and reprocess a site and determine where it fits in search results after any significant update.

Mueller reinforced that changes in search engine rankings can’t be attributed to an algorithm update, even if the changes occurred at or around the same time. He emphasized that these changes take even longer if you have a more extensive website. Watch your metrics as they change over the months following your change to get an accurate representation of how updates impact your traffic. Things happen slowly and steadily, not in a single significant change that reflects a rapid shift in site metrics.

If you’re experiencing difficulties in driving more traffic to your site, you might benefit from hiring an Atlanta SEO Consultant to give you tips, tricks, and ideas to bump up your spot on search engine results pages.

Top 7 Trends in E-commerce for 2018
How PPC Platforms can Help you Improve...

Chris co-founded DoubleDome Digital Marketing, merging his business degree and technical consulting experience with his fondness for all things Internet. Focused on sales & marketing, Chris has led DoubleDome to 20 straight years of profitability. He leads the marketing and sales groups.